Part 3 of my San Antonio series is the market square. It is was full of life, authentic mexican food, music, and merchants that sold just about anything you could think of. Basically, a one stop for shopping, eating, and entertainment.

They actually had a sign up “No pictures wearing the hats” 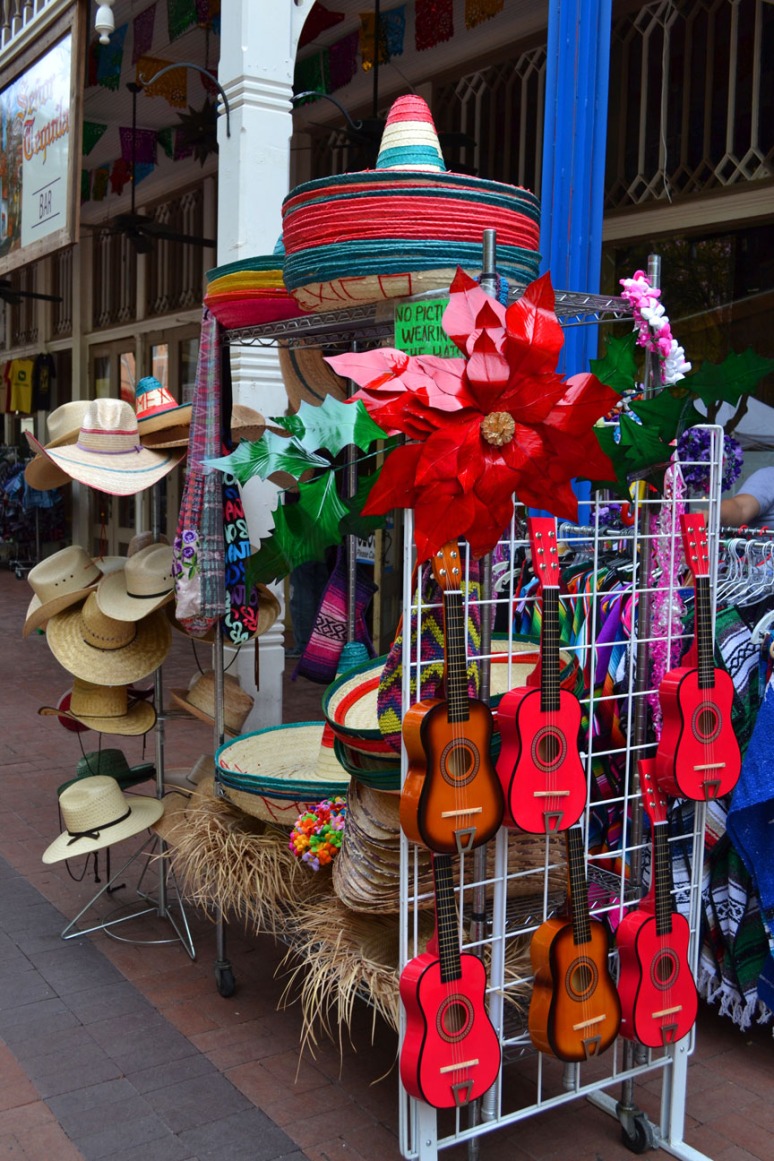 Inside one of many stores.

These guys were one of many different types of entertainment. They actually drew the biggest crowd.

On our way out, we stopped by the park across the street from the market square. This painting was on the building facing it. You just couldn’t miss it.

Later that day, the famous lights parade was taking place on the river walk. Tens of thousands of people show up hours before to secure a spot. All the restaurants on the riverwalk were completely booked – apparently some weeks in advance. You could buy tickets and get a chair, or just chill on the bridge like what we ended up doing. 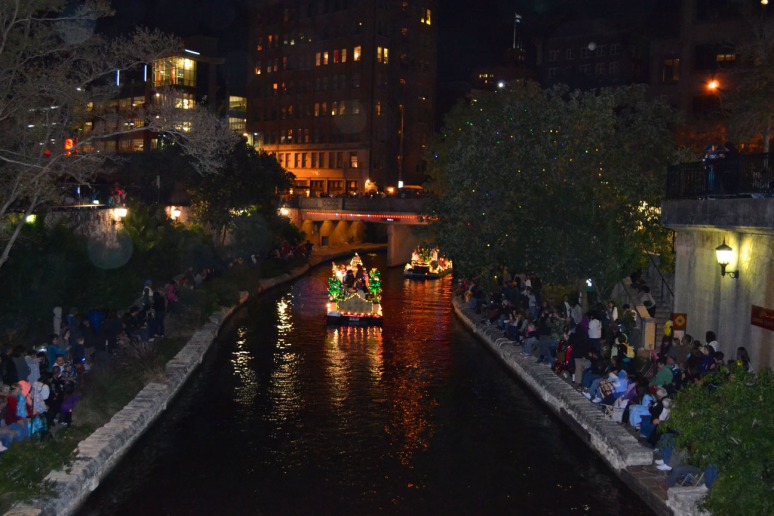 Compared to other parades that I’ve seen, specially Disney ones, I would consider this to be a modest one. What made it really special to people, is the fact that it was on real boats that sailed through the river. 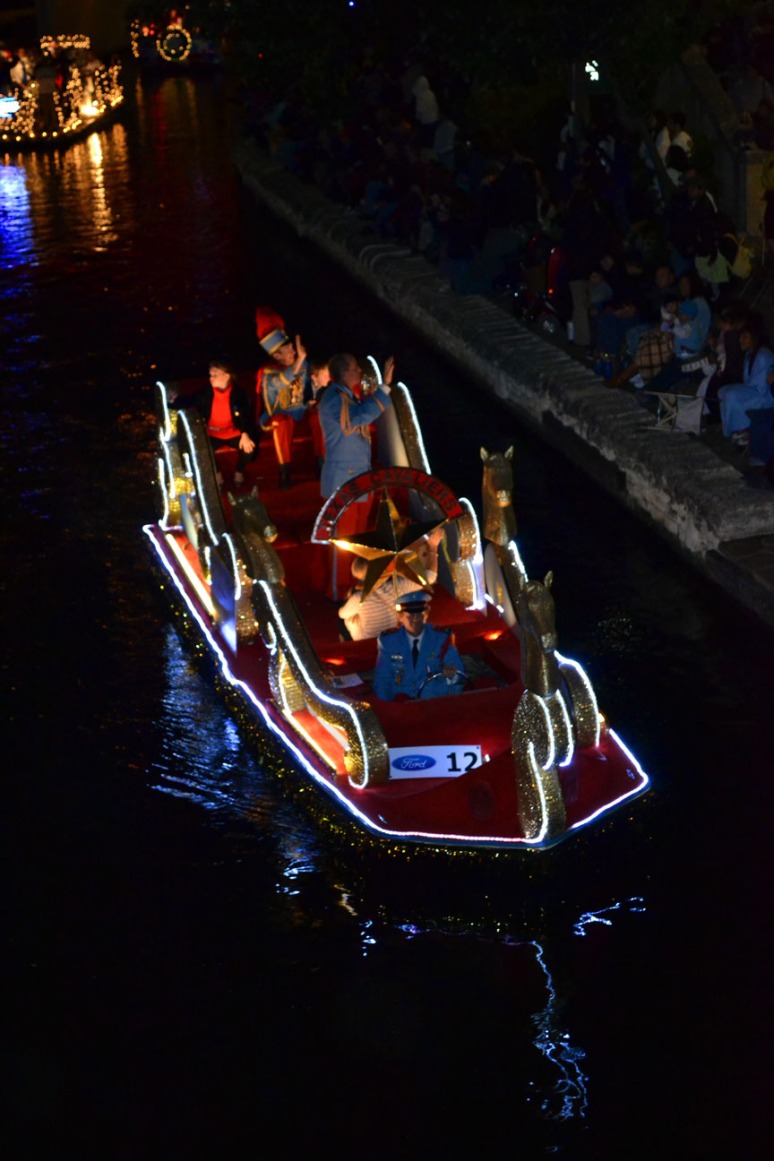 I’ve got one last post of this series, so until then, hope you enjoy this one 🙂